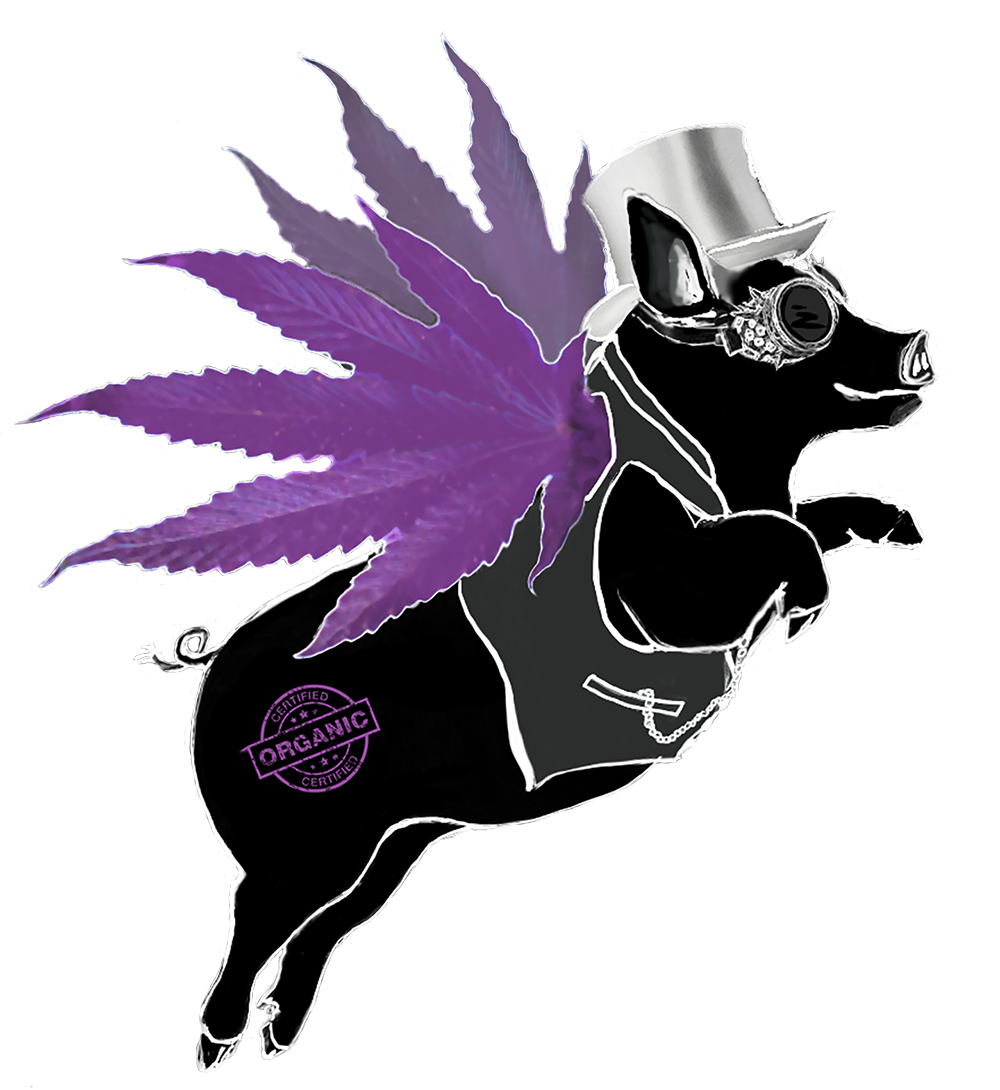 Thank you! Your submission has been received!
Oops! Something went wrong while submitting the form.

Vertical integration, product development, medical and policy research, and communications will be overseen by Deanna who has over 30 years experience in health policy, communication strategies, story telling and filmmaking. Deanna’s expertise is taking complex and disparate issues and making them accessible to large audiences. Deanna holds a Doctorate in Health Policy from Harvard University and a Masters in Public Health from UCLA.

The National Hemp Association Standing Committee for Social Equity is passionate about capturing the state of cultural diversity, social equity, and inclusion in our nation and creating a conversation of social equity and justice through advocacy and educational programs. The members of this committee represent people of color of many ethnicities, immigrant backgrounds, and genders; African Americans, Native Americans, Latin Americans, first-generation Americans, Asian Americans, and Women members bring vast experience in the hemp industry, business sector and law industry. As diverse and bold as the hemp plant is, this committee will capture and embody the plant’s symbolism and bring it to fruition.

The mission to extend supportive education opportunities to communities missing generational inclusion begins with supporting existing inclusion visionaries, new business owners, leaders and experienced consultants to improve the social, economic, and environmental well-being of our communities by fostering education into the 50,000+ products hemp can produce. This committee desires to create a hub for knowledge, social equity validation, and a national movement for business owners to have access to experts and workers from underrepresented groups through health, education, and inclusion.

Our goal is to leverage the hemp industry to provide opportunity in everything from farming, handling, manufacturing, and in the emerging high tech sector to heal the planet, create the future, and make sure no one is left behind.

As the Co-Founder and Chief Executive Officer of Janerette’s Eco-Friendly Fungi, LLC (Dr. J’s Fungi), Dozie distinguishes himself by dynamic evaluation, implementation, and facilitation of planning. His ability to carefully analyze situations makes him a valuable company asset. These traits are accentuated through effective communication, strategic vision, team building, and effective management using a seamless blend of directive, affiliative, participative and coaching styles. His previous business ventures have added valuable experience in negotiations, and brand development through unique marketing perspectives. Dozie has learned to maximize the use of social media platforms to garner brand awareness. In 2012, he was recognized by LinkedIn as having one of the top five percent (5%) most viewed profiles among two hundred million users worldwide. This translates to direct interaction with ten million business professionals!

Leo Bridgewater Sr. was born and raised in Trenton NJ. He attended Trenton Central High School graduating in 1994. In 2001 Leo enlisted into the United States Army in response to the September 11 attacks in New York City and Washington DC. Leo spent 5 years as a Telecommunications specialist with multiple deployments to Iraq. Leo separated from the Army in 2006 and spent 2 ½ years working for the Dept. of the Army at the Pentagon in Washington DC. As a Department of Defense Contractor serving in both Iraq and Afghanistan. Leo has worked for companies like L-3 Communications, ITT systems, and Excellis.

Having had 3 battle buddies attempt suicide and 2 being successful. The number of Veteran suicides per day (22) is an issue Leo finds to be totally unacceptable. Leo’s advocacy has seen him testify in NJ Senate Committee to have Post Traumatic Stress Disorder (PTSD) added to the NJ Medical Marijuana Program. In September of 2016 NJ Gov. Chris Christie signed bill S-2345 adding PTSD to the NJMMP. Leo currently serves as Chief Innovation Officer CWCBEducation, National Director of Veterans Outreach M4MM Advisory Board Member for Cannabis World Conference Business Expo (CWCBE), and advisory board member for MPX NJ. Leo is Co-Founder of Cannagather NJ and Leaf Lauch Holdings. Leo has partnered with organizations like Minorities for Medical Marijuana, Coalition Medical Marijuana New Jersey, Women Grow, Drug Policy Alliance, The Americans Civil Liberties Union, Cannabis Cultural Association, and the New Jersey Cannabis Industry Association, and NJ Cannabusiness Association. Leo has testified in NJ Senate Committee for bill S3195 The Taxation and regulation of cannabis for adult use. Signaling his evolution as Advocate/Entrepreneur to the Cannabis Industry in NJ. Leo hopes to be a vessel by which the industry works through in the state of New Jersey. Leo is married to Dr LaShona Bridgewater PhD and has two children: Leo Jr 14 and Langston 4.

Richard is a member/attorney at Weaver Johnston Nelson, PLLC serving exclusively in the healthcare and cannabis industries. His practice is focused on corporate transactions, healthcare and cannabis regulations, administrative appeals, and compliance matters. Richard developed a cannabis regulatory and corporate practice starting in late 2013. He formerly served as outside general counsel for the Texas Cannabis Industry Association, served on the National Cannabis Industry Association’s FDA coalition and currently serves as an advisory board member to a hemp bio-pharmaceutical development company.

Scientist, activist, entrepreneur and Pre-ICO license holder Calvin Frye has 14 years of experience as a dispensary owner and Medical Marijuana (MMJ) industry consultant. Mr Frye was recently awarded, as part owner, one of the highly sought after West Hollywood edible consumption lounge licenses. Mr. Frye has held several key positions in the Biotech industry for major companies like Xoma, Amgen and Baxter Biosciences, advancing his career from Research Associate to Associate Scientist. Mr. Frye has more than a decade of experience in the cannabis industry, working alongside some of the founders of the MMJ industry (Dennis Peron and Richard Eastman) as well as many of the industry pioneering groups in Los Angeles (Americans For Safe Access and Norml).

Mr. Frye has one of the oldest Pre-ICO licenses in Los Angeles and is one of the first dispensary owners in the entire country. He has been pivotal in the progression of the cannabis movement throughout the United States. As an activist, Mr. Frye travels all over the United States to help shape and pass current MMJ legislation. He has appeared in numerous documentaries and television shows and has been featured in many magazines as one of the premier voices in cannabis. Nationally, Mr. Frye has been the featured speaker at many conferences including the World Congress Cannabis Expo, Blunt Talks and in the months ahead, MJ Biz. Mr. Frye has first-hand knowledge of the regulatory issues affecting the cannabis industry through his extensive work with local LA government bodies and agencies. Currently, he is participating in the sponsored mentorship program that oversees and teaches social equity program owners how to operate and run a successful dispensary for the City of Los Angeles. Mr. Frye has also branded his line of cannabis genetics and trademarked the name “Cloneville” which he has attached to his genetics. In 2009, Mr. Frye consulted in the hydroponics industry where he gained extensive knowledge in the actual growing, set up and production of cannabis. Mr. Frye also owns Frye Consulting and Management Group, a full-service firm that provides consulting services from startup to full scale production, including regulatory expertise. Mr. Frye earned his Bachelor of Science degree from the University of Iowa (Big Ten Conference) in Science Education. He also attended graduate college with an emphasis in General Science.

Ada is a first generation Guatemalan-American with Spanish as her primary language, she assists in all endeavors with Latinx clients looking to understand their regulations or how to apply a business model to them as well as with general translation.

Clayton has over a dozen years of working experience with lawyers, engineers, biochemical engineers, investors, financiers, banks and companies for Cannabinoid and Terpene formulations. His skills and history working in distillery businesses has ideally positioned him to work with the largest molecular extraction companies in the world related to the newly expanded worldwide hemp market.

Clayton has started multiple scaled pilot facilities for Industrial Hemp CBD Oil and Isolate extraction as well as THC extraction facilities in Oregon and Washington. Clayton has a diverse background being Squaxin Island Tribe and born in La Conner Washington before traveling to business hubs across the U.S. in his formative years.

Erica has been the Executive Director of NHA since 2017. She is also the ED of the Pennsylvania Hemp Industry Council and serves on the leadership team of the PA Hemp Steering Committee, which is the official advisory council of the PA Dept. of Agriculture.

Erica believes that of the many initiatives of NHA, this is by far the most important. We live in challenging times and we need to make sure that all voices and people have every opportunity to participate in establishing and building the hemp industry, here in the U.S. and around the globe.

As a former educator and current Assistant Director who has worked in schools that served families in urban areas with socio-economic hardships, Anna believes in social equity, equality, and justice due to her professional career and personal experience for the underrepresented demographic. As a first generation Laotian-American she faced some adversity growing up due to American culture misunderstandings and ethnic discrimination. The hardships of growing up as a first-generation American from parents who were refugees during the Vietnam war, lead her to become empathetic, kind, forgiving, and courageous. The traits that made her who she is now, has turned her voice a bit louder to issues that needed to be heard and solved.

With a decade of working and sponsoring organizations in different parts of Africa to countless hours of volunteering for her local community, the Standing Committee of Social Equity is a passion project and mission that she believes the team can accomplish and set inspirations for everyone in the hemp industry. We all can grow, it’s better when we grow together.

latests news from us

The National Hemp Association Standing Committee for Social Equity is passionate about capturing the state of cultural diversity, social equity, and inclusion in our nation and creating a conversation of social equity and justice through advocacy and educational programs.